How to Get a Stinky Old Dog.

Puppy breath is one of those addictive smells that isn’t actually pleasing aromatically. Still, who doesn’t inch their nose dangerously close to those tiny teeth, just for a whiff of puppy breath?

One bright Sunday morning while driving to the barn to ride, I saw a sign on a ranch gate: Heeler Pups. I’d recently lost an elderly dog- I think he might have turned the wheel… but there I was, looking at a litter of vampire puppies- pointy little ears and razor teeth! A pale-colored one was sitting quietly to the side, staring me right in the eye. He seemed sincere. I shook my head and went to ride.

Four hours later, I pulled into the ranch driveway again. Some of the pups were gone, but the pale one was still in the same spot, with the same quiet eye contact. He looked like a young James Dean. I took a big whiff. His breath was exquisite. We each made a choice and never looked back.

“There is honor in being a dog.”-Aristotle.

My life was in a nose-dive of a midlife crisis at the time: I named him Hero. It was a big name for a little pup, but that was what I needed. I could rattle off dozens of stories of his courage and wit, but let it stand: Hero is my dog. Enough said.

That’s how I got my stinky old dog; it takes about 14 years for the smell to fully ripen.

And yes, the stink is from his mouth. He has a few abscesses, a broken canine tooth. My good vet gives me a bi-annual course of antibiotics for him. His teeth aren’t the priority.

A few times a day, Hero follows me into the bathroom. There is a chair in there that’s lower to the ground than other chairs. He turns his bony self in a half circle and backs up to sit between my feet. He leans into me, extends his nose straight up as I fold him in my arms. We rest here a good while. Hero has never the sort of worry about the future.

I can’t help it, one hand slides down to his heart. It’s beating big. Enlarged is the word the vet used. The diagnosis progressed over time to End Stage Heart Failure, and Hero got a hall pass from any more vet visits. No more teeth cleaning, no more shots. Kind of good news if you look at it that way.

Some folks drag their pets through every medical procedure available to fight the inevitable.  It isn’t a crime to get old and I don’t want Hero thinking he’s failing me somehow. Each day is good enough.

Hero is asleep on a memory foam bed under my desk as I write. There’s a space heater keeping us happy. He’s become a heavy sleeper now, it’s the upside of being stone deaf.

Sometimes Hero falls over. His blood pressure drops and he loses consciousness briefly. But then he blinks his eyes a few times and braces his body to stand. It doesn’t ruin his day, so I don’t let it ruin mine. 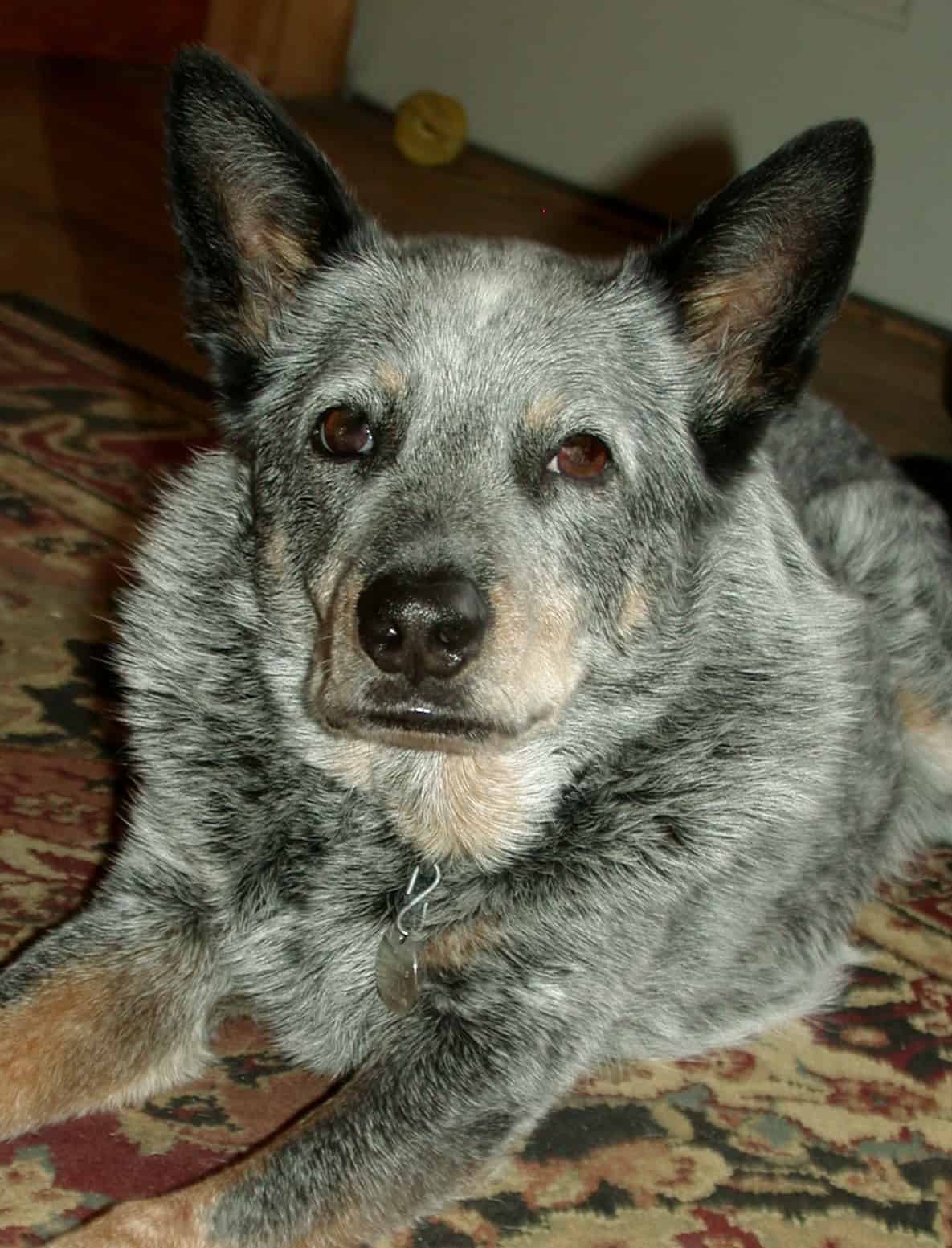 Hero doesn’t want us to know he is getting weaker, so he starts more fights with the 3 big dogs.

Sometimes he barks just in case there’s a reason that he can’t hear. He has a fine tenor bark.

Did I mention it has been more than 20 months since the End Stage term was first used? Hero doesn’t want your sympathy. Nothing here is bad or wrong…

Friday nights are movie night, and there’s a spot on the couch between the Dude Rancher and me that’s just big enough for a stinky old dog. He’s all elbows and toenails until he settles in, heaving a satisfied sigh. If love has a smell, this is it.