Does Your Horse Answer by Rote? 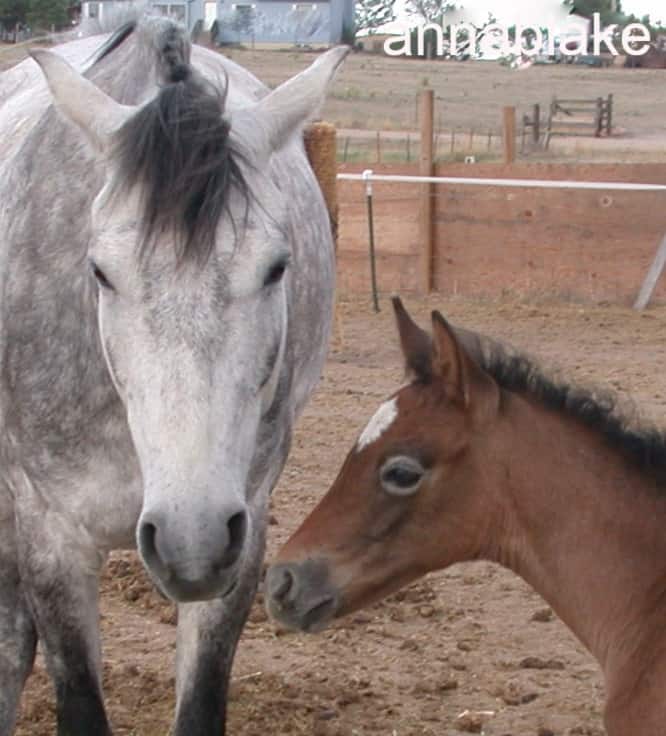 “Répétez après moi.” It’s what the high school french teacher said and it’s what we did. We repeated words after her, and soon, we repeated canned conversations back and forth. They included lame greetings, followed by asking where the library was. It was the equivalent of a Dick and Jane primer, very simple. We answered by rote. Not scintillating honest conversation, it got boring quickly. It wasn’t long before “Merde!” crept into conversations. We laughed like we were hysterically clever, and dangerously wicked, bilingual class clowns. “Quelle fromage!”

Educators debate whether teaching test taking skills, memorization, actually teaches kids to reason and think. I know when a horse answers by rote, it isn’t the answer that I want.

When I’m meeting a client’s horse, I usually begin by greeting the horse in hand, and asking him for a simple task, maybe giving me his eye or backing. I give a cue, and wait and listen. Around then the rider is thinking her horse is taking too long and flunking the test. Cue her anxiety. Now she might tell me how she cues him to back. She wants her horse to succeed and he certainly knows how to back.

On my side, I’m not so interested in him doing it fast and right, as I am who he is, and what he has to say. I hope I’m using an unknown cue. I want him engaged, actually communicating with me in real time, not by rote. I want his attention. That’s where partnership begins, just past the surface.

The complaint I hear most about doing groundwork is that it’s boring. I feel that way about small talk. Exchanging chat about the weather can be pleasant, but it’s superficial. At some point when you learned groundwork, there were probably 3 or 4 movements that you asked for, and rewarded. In other words, the Dick and Jane primer of groundwork. Good for a start, but if that’s the book you are still reading a year later, no wonder! You should be bored. Your horse should be catatonic.

Even if you’re on the right track, you’ll get run over if you just sit there. -Will Rogers

The most common mounted complaint is that the horse isn’t responsive. That kind of lands us back at the groundwork complaint. If you didn’t have his attention on the ground, it won’t show up in the saddle automatically. If your riding routine is dull and repetitive, then we aren’t carrying our half of the conversation and it’s no surprise your horse is bored. Some bored horses shut down and some lose confidence and get nervous. Either way, a failed communication.

A gentle reminder: If you are not interested in having a conversation that might reflect your horse’s intelligence and personality, and your own, perhaps you might prefer to ride something with an ignition.

This is the thing I am curious about: What happens when we reward our horse brightly for the same simple thing they have been doing forever? Say you ask for a simple halt on your 10 year old, trained horse, and when he complies, you cheer loudly and positively. You’re kind, but can he tell the difference between being rewarded for something he knows (answering by rote) and being rewarded for thinking and learning something new? I’m certain that if a horse, in any discipline, is capable of feeling bored, then he is also capable of feeling pride in responsiveness. For prey animals, learning is living.

Complacency really is our worst enemy. It’s when we get hurt, it’s when we get bored. If you want your horse to be more responsive on the ground and in the saddle, then it starts with you. You have to be as responsive as you want your horse to be. Change things up, and if you are stuck, take a clinic or call a trainer. At the very least, have a goal and a plan. Because your horse is the first one to know you are riding by rote.

It isn’t that some riders have a magical sort of special bond with their horses. It isn’t random or accidental. It’s the logical result of connected work. It requires honesty, presence in the saddle. So, when you consistently ask your horse for his best work, and you ask with your best riding, then you raise the level from Dick and Jane simple, to something more interesting. Your horse remains mentally engaged. What that looks like from the outside is mutual respect, and that is a pretty special bond.

Individuality is the best reason to not answer by rote. People ask me if I’ve ever met a horse I didn’t like. The truth is, once I get his eye, I always find something easy to like. There is always, even on a bad day, something to like about ourselves, too. When the best part of our horses meet the best part of us, that’s when our passion gets its reward.

4 thoughts on “Does Your Horse Answer by Rote?”