The Woman Who Cheated with Horses. 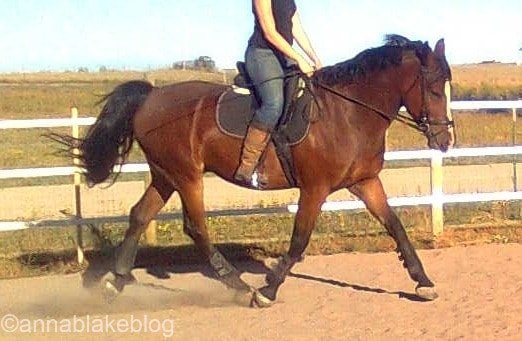 I like to hear Horse Husbands whine as much as the next person.

Sometimes it’s almost amusing. He complains about all the time his wife is gone and the fortune she spends. We’ve all heard it before. It’s the flip side of the football widow story. He doesn’t know enough to complain about saddle pads in the washer, but again, that’s the kind of guy he is.

Anyone who rides well has developed a sense of humor to get along with horses and in a social situation, most of us are good sports as the husband tries to win the crowd over by making fun of her passion. Think about it. Ouch.

This happened twenty years ago and I still think about this woman at least every month.

He was the worst kind of Horse Husband, he was loud. He thought he was funny, but the jokes cut to the quick. He made fun of a trip to the vet; he said his wife acted silly. He did an impression of her using a high-pitched baby voice. He ranted that it cost way too much, and in the end, it was a big fat waste of time. He thought he was a laugh riot. Do you know a Horse Husband like this?

All of us listening who had horses knew the truth. The horse was in danger and she did the right thing. Because she was smart about getting her horse in, the vet bill, not to mention damage to the horse, was a fraction of what it would have been.

He made fun of her passion. It happened more than once and I honestly don’t think he was aware of the pain it caused her.  But she sold her horse. She got rid of all her riding tack and barn clothes. She told him she was done with horses. She joined a health club instead. Sometimes she stayed for two or three classes and then soaked in the hot tub afterwards.

It was a lie. She moved her good horse to another barn, one with a shower. She left her riding clothes and boots there and changed before and after her ride. She opened a secret bank account. That’s a lot of deception for a marriage to survive, but she was in a stressful three-way and she didn’t want to give either of them up.

This Horse Husband was over-the-top obvious, some are more subtle. Maybe he asks how you are, and you answer that you fell on ice by the barn or that your shoulders hurt from stacking hay.  Then he responds by suggesting you get rid of the horses. He doesn’t really mean it, probably, but he does say it and then it hangs in the air like the smell of a dead fish. We smile and let the sentiment bead up and roll off, but it leaves a stain. And we share a little less in the future, we begin to shut down.

Or maybe your Horse Husband disapproves by omission. He just never asks about your barn life ever. No harm, no foul. Your horse becomes the ugly step-child.

It isn’t my intention to pick on Horse Husbands. Most of them are supportive, or at least not UN-supportive. They know that a relationship that is all correction and no reward doesn’t work any better on women than it does horses. They know that if their partner is happy, the trickle down will benefit them much more than the resistance is worth. They see it as simple math.

But in my extended circle of clients, there is usually one or two of these conflicts going on; she is reluctant to be honest about something in the barn because she fears a negative response. Maybe he is envious of her passion, but most likely he’s frustrated at work or just lonely, and he vents with bad jokes. Each side gets defensive.

If you were having that sort of passive aggressive conversation with a horse under saddle, it would look like resistance and poor communication. You could even get launched off.  There has to be a cleaner way to communicate, less defensive and more honest. But what do I know; I’m not a therapist, only a horse trainer.

If I was giving advice to Horse Husbands, and no one is asking, I would ask them if their approach was working. Loved ones have criticized my choices for as long as I can remember. It hurt my feelings some but it never changed my mind.

The smart Horse Husbands I know are happy to see their spouse off to the barn. You don’t have to love horses to know that the payback for accepting and supporting someone is much more pleasant.

And I keep thinking about the woman who cheated with horses. I wonder how it worked out. When people are different than we are, we always have a choice. I aspire to the level of zen-like acceptance I see in horses and dogs, but sometimes my humanity gets in the way.

Posted in Dressage: Relaxed and Forward, Horses/Equestrian, Opinion From the Mounting Block...

55 thoughts on “The Woman Who Cheated with Horses.”