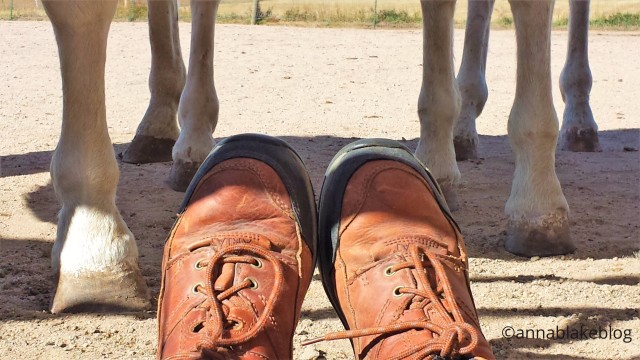 It’s been a melancholy week at Infinity Farm. I’d call it the dog days of summer but truth is that it’s been feeling like fall for a few weeks already. It’s getting dark earlier but some days it feels like the sun isn’t even up by noon.

It’s cool enough for a sweatshirt for the night barn check and the season change means mice are starting to move to the house like snowbirds to Tucson. Turns out the cats have all gone vegan or something. Living on a farm isn’t what it used to be.

So, I’m sitting in my writing studio with a mouse is staring at me from my bookshelf. I wonder if I have fought his ancestors, which makes me spend just a bit too much time considering the big questions: Politics. Religion. Who else would eat the poison before the mouse? Is he too big for a fly swatter? Must I always fumble the Tupperware?

Even more despondent, I give in and do that thing that a certain sort of person does late at night on the internet. I’m not proud of it. It shows a lack of character and if my mother was alive, she would slap my hand away…

First, I get a glass of wine –a thick Cabernet that practically stains my teeth. And some chocolate with almonds because I know where this is going and I’ll need some energy in a while. Then I push back in my reclining office chair, put my feet up, and pull the hood of my sweatshirt forward until it nearly covers my eyes. In the dim light, the glow of my computer is as welcoming as a campfire.

A big slow exhale with no need to rush. I’m alone, except for the old dog snoring like someone’s weird uncle. I decide to call it ambiance. One finger goes to one key- D -and the address line auto-fills. It isn’t my first time on this salacious site…

Dreamhorse.com.  To our kind, it’s like a shameless social group where they don’t check your income or marital status.

No, I’m not looking for a horse. None of my clients are either. Still, I leer. I ogle, tilting my head to the side as my eyes devour photos of sleek horses for sale in other states. And then I pour over the descriptions. Some sound as if they were written by a used-car salesman and some by horse-crazy girls. They are equally reliable. I know better than to take the words literally: Bombproof. Sixteen hands. Schooling fourth level. And the one that makes me go mushy… Needs experienced rider.

Oh, my heart. Shouldn’t horse ads have a literary category of their own, something between Crime Fiction and Romance?

After the wine is gone and many pages have been viewed, I doze off to that world where I’m not quite a horse and not quite human.

Breed: Grade, DNA test shows some of everything.

Classically trained, boss mare skills, and still sits a wicked reining spin. Veteran of all kinds of freestyle; loves to dance. Will tell you how to do it correctly and then stand around breathing until you take her cue. But no exceptions; she won’t let you on without a helmet.

Loves trailers, will stand for the right farrier. Will also kick when required but her intolerance for bad manners shouldn’t be confused with stubbornness. Prefers body work and a dirt bath to “a cookie.” No plans to retire. Dreams of hock injections.

Comes with two donkeys. And a goat. Some ducks that quit laying. A few dogs and some useless cats. And a small herd of horses, all more uneven than her.

Writing a horse ad is only a temporary silly distraction but who doesn’t need that? Some of us tell the brutal truth and some of us flatter ourselves. (You wouldn’t be the first filly to fudge your stats.) How would your Dreamhorse ad read? At the very least, tell us your registered name.