Does Your Horse “Respect” You? 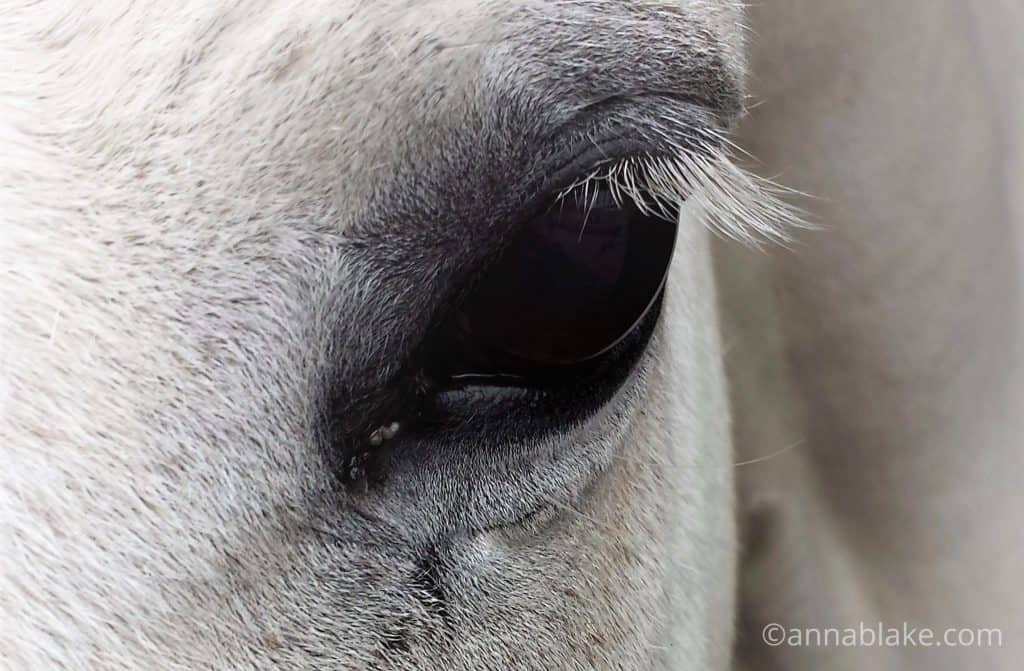 I’m just the sort of old-fashioned cowgirl/dressage queen/dork that loves the concept of respect. Philosophically and in real life, I care more about respect than love in most situations. Love can be fickle and misguided, but respect is a sacred trust. Sadly, as a trainer and writer, I avoid using the word.

The word “respect” has been kidnapped and held against its will. It’s been bullied into being a code word for all kinds of behaviors that I, well, do not respect. Respect is a lofty ideal that has been sullied to mean domination and control, based in fear, so insecure humans can bolster their egos, making themselves right by making others wrong. It’s seeing fear in an animal and being proud that you put it there. There’s a sales pitch for this kind of training and it sounds reasonable, especially if you don’t read horses well or think they are “dumb” animals. Domination training has been around for centuries.

Some of us relate to horses when the misuse of the concept of “respect” comes up in training. We have experiences with being told to “respect” things that did not deserve respect; adults who were cruel, rules that were demeaning, philosophies that made us second class citizens. The word respect has been bruised and misused, but for compassion and equality to exist, that old-fashioned respect must be rescued. And I mean the word rescue in the abused horse sense; see it standing knee-deep in manure, malnourished with dead eyes.

Most of us carry some guilt if we were taught this approach when we started working with horses. It never felt right, but we did it, horrified by our own actions, and cowed by those who demanded we do it because, as they explained, we’d spoil the horse otherwise.

Then some of us rebelled but went too far the other way. We coo and coddle, pockets full of sweets, we encourage horses to shut down and act like stuffed toys. We collect them in different colors and smother them with a version of human love that ends up being as desperate as teen angst, living some horse-crazy fantasy that horses find demeaning and boring. We kill them with kindness thinking we are doing better but is it better “respect” if we write it in pink ink with hearts and flowers next to the word?

Most of us are works in progress, in neither extreme but trying to find our own balance and a truth that works for both us and our horses. When we know better, we can do better.

Do you notice something missing in this word debate? Horses. When we talk, it’s all about us. What we want, how horses reflect on us. Like we’re better if horses are shut down with fear in our presence. Like we are better if horses mug us like a stall toy. Half the time we’re more concerned with how our peers see us than how our horses do.

Dictionary result for respect/noun: a feeling of deep admiration for someone or something elicited by their abilities, qualities, or achievements.

Surprised? Have we had the meaning backward? Is this why some say respect can’t be demanded but must be earned? But isn’t that still all about us?

Because I  admire horses, I make the choice to put the horse first. To lay down my selfish behaviors and really get out of my own normal insecure human ego stuff. Instead, I try to live up to horses.

Start here: Foremost, it’s my job to buy hay. It isn’t a joke, it’s a profound responsibility. In order to buy hay, I must prioritize my personal safety. I cannot let myself get hurt by my own complacency or ego. I must care for myself so I can care for my horses. Whether I’m showing off chasing my horse in a round pen, or laying on his back without a helmet, I’m disrespecting my horse if I do party tricks to impress people. Just to stir it up, one more:

Dictionary result for self-respect/noun: pride and confidence in oneself; a feeling that one is behaving with honor and dignity.

Does it make you want to straighten your shoulders and take a breath? Maybe go less with the jokes that demean the two of you? A horse understands the sarcastic tone if not the words. It’s time to bring the best of ourselves to our horses, to up our conversation to inspire them rather than share a co-dependent dysfunctional relationship. We can show our respect for horses by asking some hard questions of ourselves.

Do we respect a horse’s language by learning it or by name-calling him in our language?

Do we respect a horse’s way of life by managing his care as close to natural as we can or by not inconveniencing ourselves?

Do we respect a horse’s intelligence by giving him autonomy or by dumbing him down to our lowest caricature?

It is just like man’s vanity and impertinence to call an animal dumb because it is dumb to his dull perceptions.  ~Mark Twain.

Do horses respect us? No, they answer us honestly. And the old cowboy standard: Does your horse respect your space? I think a better question is do you respect his?

I won’t make a joke out of our relationships with horses because I admire them too much. The real question is can we humans behave with honor and dignity?

Anna Blake at Infinity Farm
Join us at The Barn, our online training group at annablake.com
Email [email protected] for clinic hosting details or to be added to the email list.

71 thoughts on “Does Your Horse “Respect” You?”