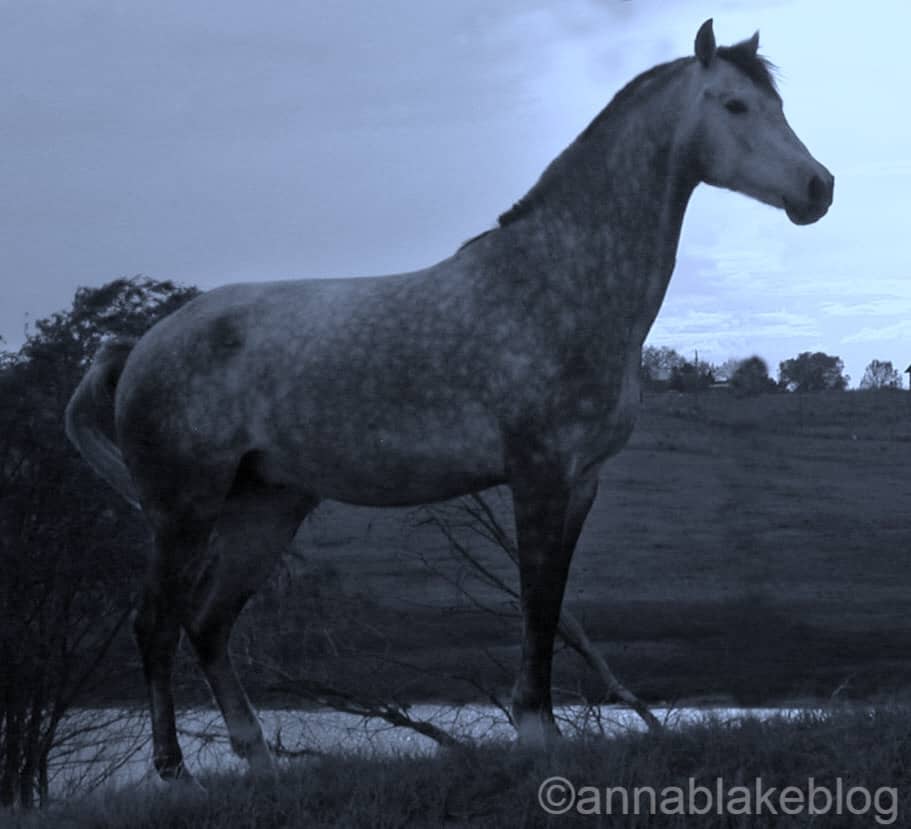 A request to write about boundaries, in which the Loudmouth Party-Pooper returns.

Am I allowed a pet peeve? I’ve began seriously disliking the “Incredible Bond” photos, the ones where someone is lying on the ground next to their horse, the one where someone is sitting on a naked horse without a helmet, or the photo with the human is looking meaningful and the horse’s calming signals telling a different story. The intention of the photos is probably meant to show off. They want us to know their special connection with a horse but to me, it’s like bragging about poor horsemanship.

They might be “before” photos. As a trainer, I hear all the horror stories. Riders who are working to recover from TBIs (Traumatic Brain Injuries) or awaiting a series of reconstructive surgeries for their face, or recuperating from a broken bone or destroyed confidence. It’s rude of me to agree that so many serious injuries come from foolish complacency. That’s what they say, yet hindsight is no balm for those who know it was their fault, when it’s too late to undo the damage to themselves and their horses. What about the horses sent to auction or worse because they hurt someone?

Do I sound like a cranky Pony Club instructor lecturing about safety as if you were a child? Have we forgotten that if we aren’t safe then our horses aren’t either?

Finally, for crying out loud, can you tell me how horses benefit from someone lying next to them on the ground? Are we trying to be more like a horse or make the horse more like us? Please tell me that it’s all about the human because it makes my head spin. Is it meant to be bravado, like putting our head in the mouth of a lion? That always seems to diminish the lion in a weird kind of domination that makes no sense. Is the intention to diminish horses, too?

Understand that I don’t mind some showing off at all. How about doing something that takes skill like a good old-fashioned ground tie or a relaxed canter depart? Or being a calm leader who instills confidence when their horse’s courage fails them in front of a vet or a judge or a trail monster. Definitely things to be proud of and I’ll stand to cheer.

What if we respect horses for the sensitive flight animals they are? Can we respect their intelligence, giving them the autonomy to stand apart? Can we communicate with them in a clear peaceful way as equal partners? Why don’t we see them as perfect as the sentient species they are rather than valuing them for how they reflect on us?

The thing we are doing is amazing already. Working with horses is like a building a relationship with an alien, it’s finding an uncharted language and starting a new culture. Why would we want horses to be more like humans when they give us the chance to do the extraordinary? We would do better to be more interested in their differences, rather than similarities to us.

I have a passionate love of horses, but I would no more let a horse mug/groom/maul me than let him eat an entire fifty-pound bag of grain. No more let a horse nibble my fingers or shove me with his nose than I would let him loose to graze next to a freeway.

Rant over. Let’s talk boundaries. Do you know your horse’s? Do you listen to his calming signals? Are you aware of your own boundaries? Do you engage in mutual mugging sometimes, and at other times, do you punish him for being fussy and not standing still? Can you even tell who’s in whose space or do you pretend it’s always your horse’s fault?

Most of us have been taught to plant our feet and demand the horse “respect us” and step back. We shake ropes or poke them with fingers, all the while being within a foot or two of the horse. Notice that deer-in-the-headlights look on your horse? He can’t tell if you’re going to whack him or kiss his snout. He has anxiety because you’re in his space giving contradictory cues. “Who is she today? Am I in trouble?”

A horse does get a moment to sniff, but we should step back. People joke that their horse has no concept of personal space. He’s a prey animal, that’s ridiculous. It’s you that he’s confused about.

The reason that our consistency is important is not so we can become feared dominators, it’s because consistency is a kindness, just like respecting his space. If your horse shows you signs of anxiety, and stoic horses do that quietly, then work to alleviate that anxiety.

If the two of you are in each other’s space, give him a quiet cue to step back, but you take a step back as well. Let him feel the release of you moving from his space and see how much easier it is for him to think when he literally has room. Reward him and then stop putting him in this spot. It’s why some horses are better in the saddle than on the ground, oddly, we’re more out of their space sitting spine to spine.

You say your horse starts it by wanting to be close? Often the things we think of as cute or funny are calming signals showing conflicted stress that we exacerbate by cooing and mistaking for affection. Just because he seems to ask for it, must we oblige? Are we second-class citizens without a vote in our partnership? In the same way that we wouldn’t give a child candy when he cries, or spank him when he cries, could we instead put our love into action toward a more positive leadership that builds confidence and autonomy?

Please, stay on your feet, not just for safety but because we communicate with horses body to body, not face to face. Horses read our whole bodies, so we need movement without restriction. Fully inhabit your body by standing square and breathing deep, using situational awareness, projecting the behavior you want to inspire Trust them to read your confidence as easily as they read fear.

What do I do if the horse is coming apart? That instant when dangerous things can happen? First, I take a breath, it’s hard but I do it so slow things down. Rather than attacking my horse who’s already afraid, I make myself even larger. If he’s in a total panic, I might get his attention by making a loud sound as I get out of his space. I’m a professional, I can make myself very large. Breathing, not braced but moving my feet to hold a position of space, I exhale until he settles. Then I think of all the calming signals I missed because there were signs before it became a huge panic. Being a prey animal means everything is life or death. Did I focus on my horse or daydreaming about something foolish? Apologize for dozing off, go back to the basics, and try to do better.

Trust your horse to mimic you. Put energy into your movements; be dynamically present in your body because it’s your primary mode of communication. Be the confidence you want to see in your horse and then show off: Take pride that your horse can stand in autonomy, on his own feet, in a position of confidence and peace.

This blog describes what we do in the Calming Signals for People clinic.
Email me at ambfarm@gmail.com for clinic hosting details or to be added to the email list.
Join us at The Barn, our online training group at annablake.com with audio, video, and weekly LiveChats.

Posted in Back in the Saddle, Calming Signals, Dressage: Relaxed and Forward, horse advocate, Horses/Equestrian

81 thoughts on “Calming Signals and Boundaries”