Calming Signals: Do You Tease Your Horse? 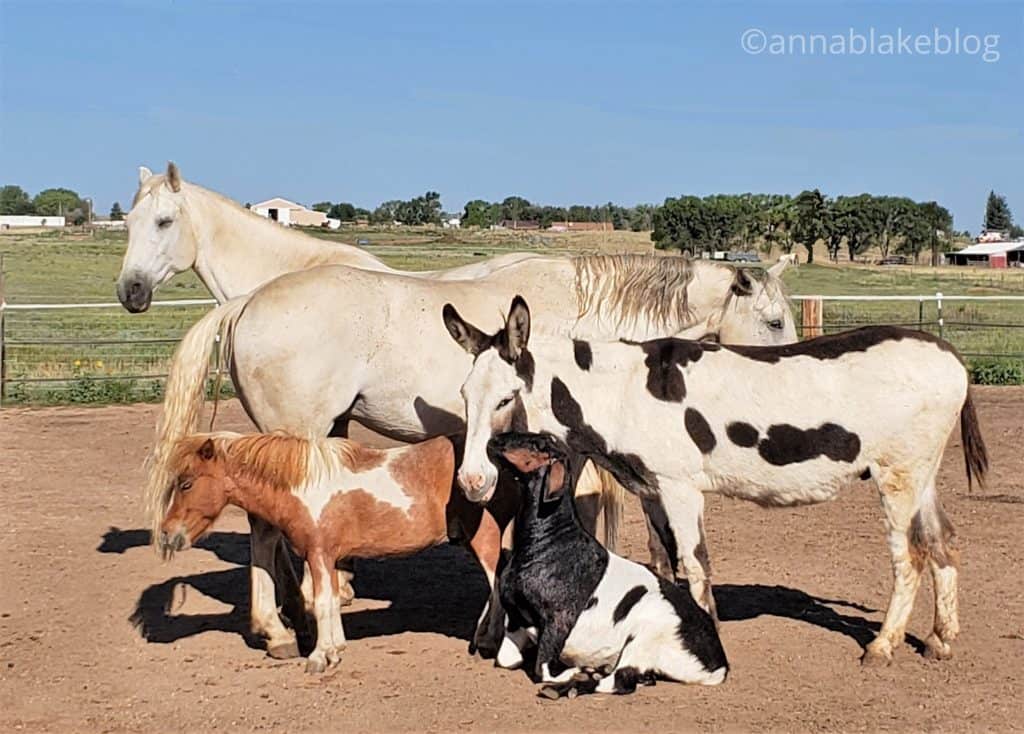 There was a time that I had a basset hound named Agatha and a bunch of friends with toddlers. It was hell.

See it from Agatha’s side. Toddlers are short and take uneven steps, moving more like a prey animal than a human. A tipsy bunny. And they are sticky-sweet, sometimes wearing a soiled diaper. What luck, all the best smells in one place. Usually, if they have a cookie in one hand, there’s a second cookie in the other, but both soggy with baby spit and only an un-athletic hop above nose-level. You can pick off one of the cookies and go eat it, and toddlers are so simple-minded that some think it was their idea to “share.” Silly. Even if they’re crying, there’s a decent chance you can go back and get the second cookie. It’s still right there in their sticky fingers. Toddlers are literally low-hanging fruit.

See it from the toddler’s side. Dogs are like stuffed toys that move. Spellbinding but if toddlers even have a side, they aren’t old enough to articulate it. That just leaves that eternal stare between a certain sort of parent (those without dogs) and an equally certain sort of dog owner (those without kids.) Each believes they have the high moral ground.

Growing up on a farm, I was told that even if I got bit, it was my own fault for teasing the dog. Whenever animals are shown more respect in the past than now, it’s interesting. Have we lost some understanding about what teasing means?

Years ago, I had a rescue Doberman, who came to me malnourished and later nipped a little girl in the face. She was trying to kiss him while he was eating. Clearly, there was an adult fail here. The girl was scared but okay and her dad very apologetic. I also understood on an even deeper level how much of a job it is to protect a dog with issues. I could have lost him for my foolishness.

But how to explain to children, or adults who act like them, what it means to tease an animal?

So often we see photos of toddlers laying on top of dogs pulling their ears while the dog has tense eyes with whites showing. The intended humor of donkeys “smiling” when they are being teased with treats. Horses who are “kissing” when it’s about a nerve response. Horse’s pinned ears, wrinkles around their eyes, while working at “liberty.” Horses who close their eyes to pull inward from the intense proximity of a human while we think they “love” us.

I have so many emotions about teasing animals that I turned to the dictionary for a straight definition. Tease (verb) to make fun of or attempt to provoke (a person or animal) in a playful way. What a clean, nearly terse answer, but it stirred me up, too. This sentence has two words that seem to fight; provoke and playful. That’s the question. Is it okay to provoke an animal if we mean to do it playfully?

I know a handful of equine bodyworkers who hate carrot stretches, where we encourage a horse to stretch around by holding a carrot back by their flank or down between their front legs. Then, we usually ask for a bigger stretch by moving the carrot farther away. Bodyworkers say that horses, whose instinct is to graze almost constantly, are so food driven that they frequently torque muscles or even injure their backs in an effort to get the treat. Is this teasing?

Zoos might be the most complicated question of all. We have a nationally ranked zoo here in Colorado, built on the side of a mountain. You have to be in decent shape just to walk the hills and they work so very hard to create the best habitats for the animals. For so many people, this is the only chance they will have to see these animals, and many are then inspired to go on working for animal causes. At the same time, many of us don’t like to go to zoos. We don’t like to see the anxiety in the animals there. At our zoo, you can feed giraffes healthy treats like lettuce, but there is a pen with a few separated from the herd. Their behaviors looked just like ulcer symptoms I’ve seen in horses. Gorillas sit on the green mountainside looking at human children squeal and wave. When they meet our gaze with a perimeter between us, are we teasing them?

Enter the knowledge of calming signals. The phrase was coined by Turid Rugaas, who is a Norwegian dog trainer. It refers to body language dogs use to express their feelings. Much of the dog language is shared by horses, but once you become fluent in calming signals, you can see similar signals in most species. It’s the biggest game-changer for anyone who works with or loves animals. They have been telling us everything since the beginning of time and lots of us knew that. Now we have research and data that confirms their ability to communicate with each other, and if we care to, we can learn that language, too. Warning: once you learn to read them correctly, you can’t unsee it.

Calming signals are literally how we learn to see the animal’s side. They give you the opportunity to look with new eyes at body language and behaviors that are very familiar to us, but now can be understood to mean something different than we thought.

It bears repetition: Tease (verb) to make fun of or attempt to provoke (a person or animal) in a playful way.

It’s still a good definition but why do I feel anxious? I remember a gang of boys at my grade school who ran holding hands, and circling a girl, to take her off somewhere. We were scared, even after being told they were just “teasing” us. Was it playfulness? Do little girls lack a sense of humor? Or is the word bully missing in that definition?

But we don’t do that! We love animals. We love to provoke a reaction from them, to prove to ourselves that we don’t hold them prisoner like a zoo. It flatters our ego that we are the object of their affection, which sadly is starting to look more like anxiety in the context of calming signals. Not to mention that looking at cute animal pictures is almost entirely ruined.

When we know more, we can do better. What do we see now that we misread before? What would we choose to bring to our own animals, given the opportunity to understand them better?

And for any naysayers who may accuse me of trying to start a #metoo for animals. No worries. Animals have done it with calming signals all along.

17 thoughts on “Calming Signals: Do You Tease Your Horse?”