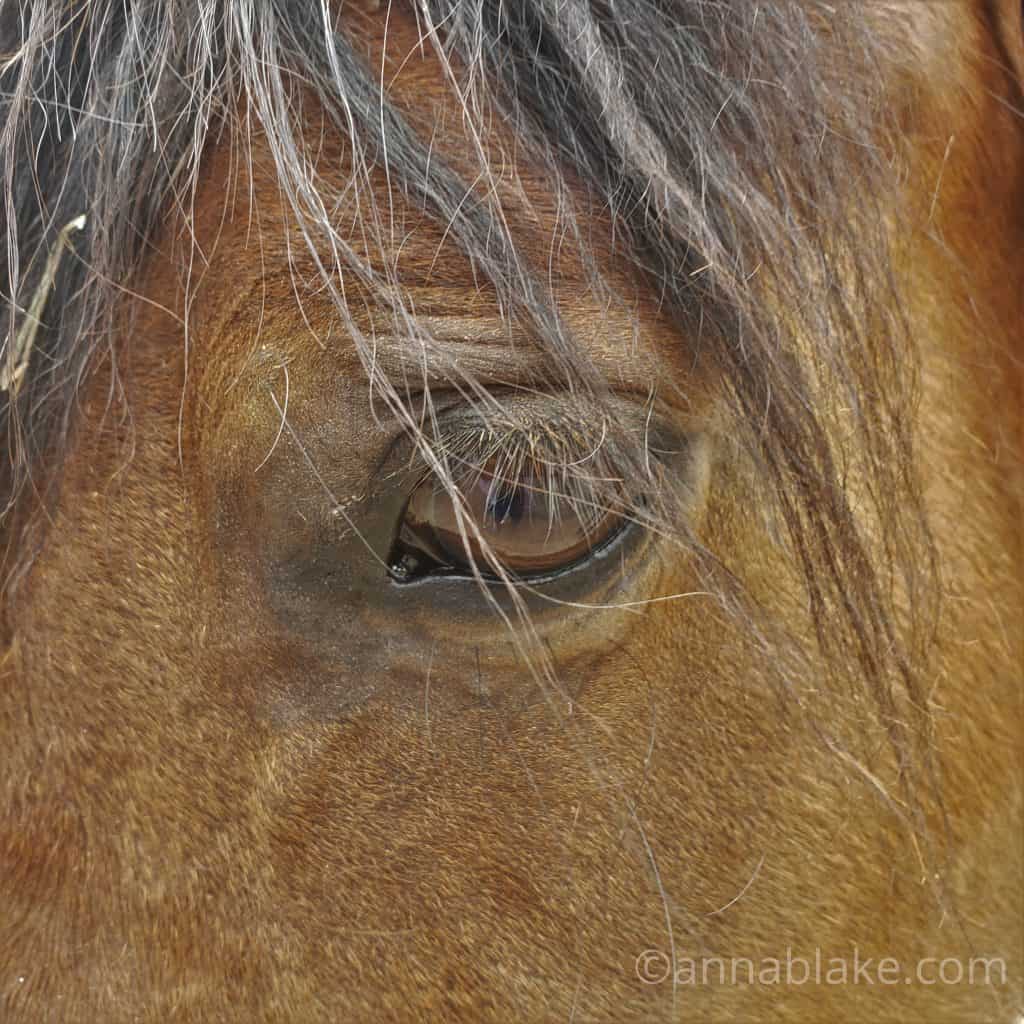 It was my job to haul him to his new trainer. He was a bright young gelding, some would call him hot, as if having too much anxiety was just how some horses are naturally. I’d call him low on confidence, not a crime in a young horse. He pranced a bit on the lead, I told him what a good boy he was, and then we stood behind my horse trailer. His owner so certain that it was going to take a while that she pulled up a chair, but he was curious, I was breathing, and he walked right in. After all, you don’t have to be a rocket scientist to figure out what it means to stand at a trailer’s open door.

At the new barn, his trainer took over. The gelding got in trouble for his energy. He was eternally wrong, so the corrections were endless. It was soul-killing but also common training practice. Some horses of other breeds might just shut down to stop the fight, but he didn’t even know how to try that. He was particularly anxious when confined, so the trainer left him tied up. It wasn’t considered cruel; just let him fight with himself was the theory. He was tied in a stall, no water or hay all day, until he stopped being fussy and then he was released. Ulcers roared inside him, pain contributing to his “bad behavior.”

It’s a method that might work for some temperaments, I suppose, but not this horse. Day after day, tied short and dancing all day long, his hooves never still, always trying to run but not able to get away from this stall and these predators. When he was on the lead, he was circled as punishment. The trainer said if he wants to move, make him circle until he is tired and then push him farther to exhaustion. But the horse was filled with adrenaline. He didn’t give in, but instead, he got hysterical like a toddler in the grocery store who can’t stop crying.

When the farrier came the horse was like a kite, and the owner circled him each time he moved a foot. The horse got more frantic, he couldn’t tell if the circling made him anxious or if the humans did, but now he circled when he was anxious. I intruded, fearful that the farrier would quit all of us, and his frustrated owner was glad for the break. We breathed and this young horse was praised when he tried to stand. Not perfect but his feet got done, without the circling groundwork that always scared him.

The humans were sure their training methods worked on all horses, so they doubled down. The methods that didn’t work on the ground, didn’t work in the saddle either. I understand what they thought they were training, but what this young horse learned was that people were not to be trusted. A misunderstanding, but he became more unstable, and riders came off. He never tried to hurt anyone, he just wanted to escape us, and he was even kind about that. Hollow, in pain, and so constantly anxious that he seemed crazy.

Why do we think horses are crazy when they don’t trust us?

What was missing in his training, besides knowledge of how horses think? No one listened. They knew he was disobedient, but the messages he was giving went unheard. The louder he got, telling us that he was no threat, that we didn’t have to fear him, the more we pushed him. People had the idea that they’d ride through it, keep applying pressure and eventually, he’d give in. He didn’t. Something was wrong, either the training or the horse, and everyone agreed it was the horse. Even this young gelding, sealing his own fate.

Meanwhile, there was no inter-species conversation. The trainer mainly lectured in that method of training because it’s easier than trying to understand how horses think. Knowing that a frightened or anxiety-drenched horse can’t learn should be common sense.

“I can’t unsee a horse’s calming signals.” That’s what clients say; behaviors once disciplined are now understood to be signs of stress. Not that reading a horse’s emotional state is new. Classical dressage trainers have been teaching it for centuries. It’s our foundation; that a horse must be both relaxed and energetic to be comfortable under saddle.

I think the problem is how humans think about training. If it didn’t sound so lame, I’d say we put the cart before the horse.

We think training will make a horse trust us, that techniques are the most important thing. We try one approach and if we don’t get the result fast, we push harder and scare the horse into a reactive answer. Or we quit and try a different approach, with so many contradictory ideas in our rattled minds that our horses are confused by our inconsistency. Finally, the two of you have something in common, at least.

Anxiety and trust do not cohabit; they are oil and water.

I believe the more enlightened path in training is all about creating a safe place for horses. We must prioritize calming signals above any training approach. Their emotions over our desires and the conversation with a horse above a demanded response. A training method is only successful if the horse comes away with confidence. Trust grows when a horse feels safe, when he is free of anxiety.

Want a concrete example? Say you’re riding or working in hand. An obstacle appears, perhaps as simple as a tarp on the ground, but your horse resists it. What’s your first thought? Do you leap into action with a technique to “fix” him by pressuring him forward? Did you cross a line and become adversarial? What are your emotions doing? Is there an edge of something your horse would read as anxiety because you’ve judged his resistance as wrong? Is your anxiety a cue to him?

Training techniques work when they support our relationship with horses, but only when we are each a partner, not a slave. I mean slaves to our natures: the age-old posture of humans becoming aggressive and horses warning us they are no threat. Predator against prey. Training techniques versus calming signals. We’ve got it turned backward.

Responding to calming signals is more important to a horse, and ultimately us, than any technique to make a horse do what we want. Resist becoming adversarial with horses. In that instant, slow down and listen. Horses are happy to return the favor and stay in the safe place with us.