The Next Horse: Remounting after the Hardest Fall of All 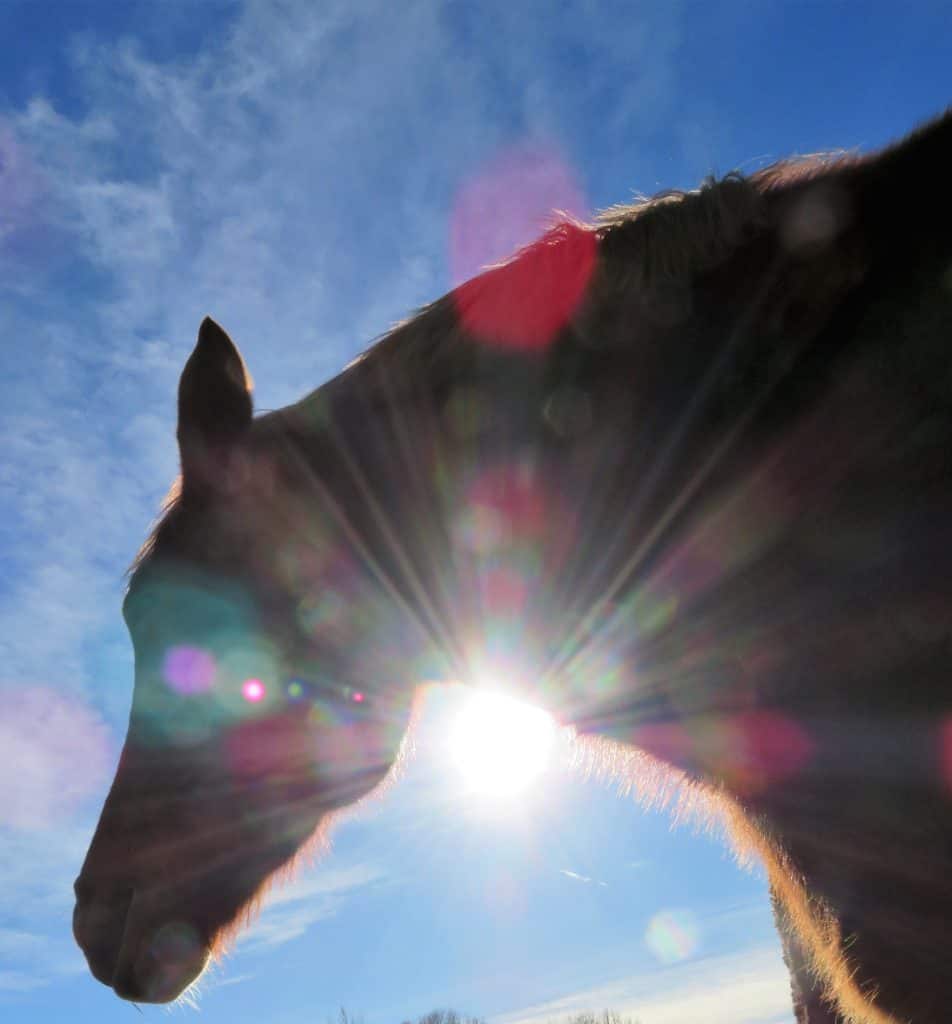 This perfect horse of yours has been with you since he was young, or you got him near retirement, but he taught you the best of what you know. Maybe he was your first horse or maybe he was one of many in the course of your life, but this particular horse just happened to fit perfectly into an odd-shaped hollow place that you didn’t know you had before he came. Yes, I’ll say it. He completed you; dorky but so what? Sometimes a horse can do what friends and family never can because riding makes us wildly vulnerable. The truth is he’s special. He’s smarter and more sensitive. He lifted you above the mud; he carried you like a queen in a t-shirt and helmet. This horse gave you the kind of beauty in movement that your own legs never could. With this horse, you took to the air.

But it was more than that. When you flew you felt a thing too elusive to put a human word on. Was it some kind of grace? He didn’t hold your random impatience against you. This horse was always the kinder and more forgiving half of the dance. He took care of you when you didn’t know better or might not have deserved it. This horse was your treasure, so you arranged your life to support him, spared him nothing, and it still felt like you got more than you gave. The two of you had the very best luck and did everything just right, but time passed, and the horse died. You were shocked or you saw it coming but he was just as gone.

If you are her friend, you said the Sainted Horse’s name and told all the best stories, mourning with her because it had happened to you or you knew it would someday. If you’re her trainer, you tell her that all horses are smart and sensitive, you remind her what he was like when she got him. Being reminded what a mess things were in the beginning only makes the Sainted Horse more amazing.

Inconceivably, days passed. Whatever happened, happened, not that any of it was memorable until the day you found your new horse. You had looked just enough, then tried the horse out, and he was fine. You whipped up some enthusiasm and hatched a new plan because you were getting on with your life and being magnanimous. So, you bought a young horse with potential or a rescue horse who needed a home. A horse that belonged to the friend of a friend because he reminded you of your Sainted Horse or because he was the exact opposite. You can’t imagine life without a horse; you want that feeling back.

Meanwhile, your Next Horse can tell something’s going on. Lately, his owner is riding more but seems distant. Strangers ride him, too. He’s been a family horse forever or he’s been traded a few too many times. Mostly, he notices everything and remembers. Your Next Horse is stoic. He doesn’t feel safe so he pulls inside just a bit. He appears calm and polite.  It isn’t that he’s dishonest. Just smart. And sensitive.

Then he’s taken from his herd or from his lonely stall. He loads in the trailer easily or he gets scared and there’s a fight, but trailer rides are stressful either way. He’s been abducted with no idea where he is going or if he gets to come back home soon. He’s alone. Finally, he comes off the trailer and the people are all anxious. Are there horses? He is looked at a little too closely by coyote-like people and scratched by someone with a kind voice but tears. The water smells funny but there is hay. Hay is comforting. Being kidnapped, not so much.

And so it begins. Sometimes the adjustment goes well. More likely it crosses your mind that your Next Horse was drugged when you first saw him. A short trip is enough for ulcers to form, one more pain added to the others. He’ll try to hold it together; he may shut down for a while or he may spring wide open. If there are no other horses, he will crumble quickly. If there are other horses, he will have to begin to find his place. It doesn’t matter if there’s more turn out or less, he isn’t home. Change is hard for a horse.

You have second thoughts. He isn’t the horse you bought. Nothing you know works now, your new plan has failed, and you feel like a rank beginner. All your confidence and skill seem worthless and you are about twenty years older than the last time you did this. You cock a hip and stare. Tense scrutiny that reads as anxiety to your Next Horse. He thinks you are a scattered predator and drops his head, staring back.

This is a tricky time because the doubt is real. This isn’t a Harlequin romance, it’s real life and if you truly did get the wrong horse, don’t be a martyr and commit to owning him till he dies. There is nothing noble about a living death sentence. If you can get past the what-people-might-think part, you’ll stand and admit your mistake and help him find where he is supposed to be. Sometimes horses come into our lives as a stop-over to their perfect place. Are you strong enough to admit it and let go again?

You think and then overthink. You settle that it’s a mistake and feel relief. Or maybe a small spark of familiarity shows itself, you recognize the real question isn’t if horses are hard, but is this Next Horse the right kind of hard? Could some it if be that your life was simpler when you got the Sainted Horse? Maybe you know things now that you didn’t understand before? One thing is painfully obvious. You forgot what this first part is like.

Maybe you see past your own drama and get a peek inside his stoic shell. Your Next Horse looks small inside of his bravado or maybe he’s a warhorse squeezed inside a tiny closet. All you know is that he hasn’t had a fair chance. This is not his life yet. One thing you both agree on: The hardest job is being the Next Horse because he always has one huge glaring fault. He’s alive and with every breath, he reminds you of your loss. Who can compete with a saint?

When you’re exhausted with yourself and fear has given way to vulnerability, the answer finally rises. That’s what it takes for a Sainted Horse to get a word in edgewise. A small thought, frankly too kind to be yours, comes with the slightest nudge from behind that makes you take your first deep breath in all this time. The details will work out in time. Yes. That sainted grace is still with you and you make a choice to start again. You make yourself an odd-shaped hollow place that’s just the right size for the Next Horse. Being a true horseperson means becoming one-size-fits-all.

Then you let the Next Horse know he’s perfect, exactly now.

58 thoughts on “The Next Horse: Remounting after the Hardest Fall of All”