It Could Be Worse. You Could Be Married to Me. 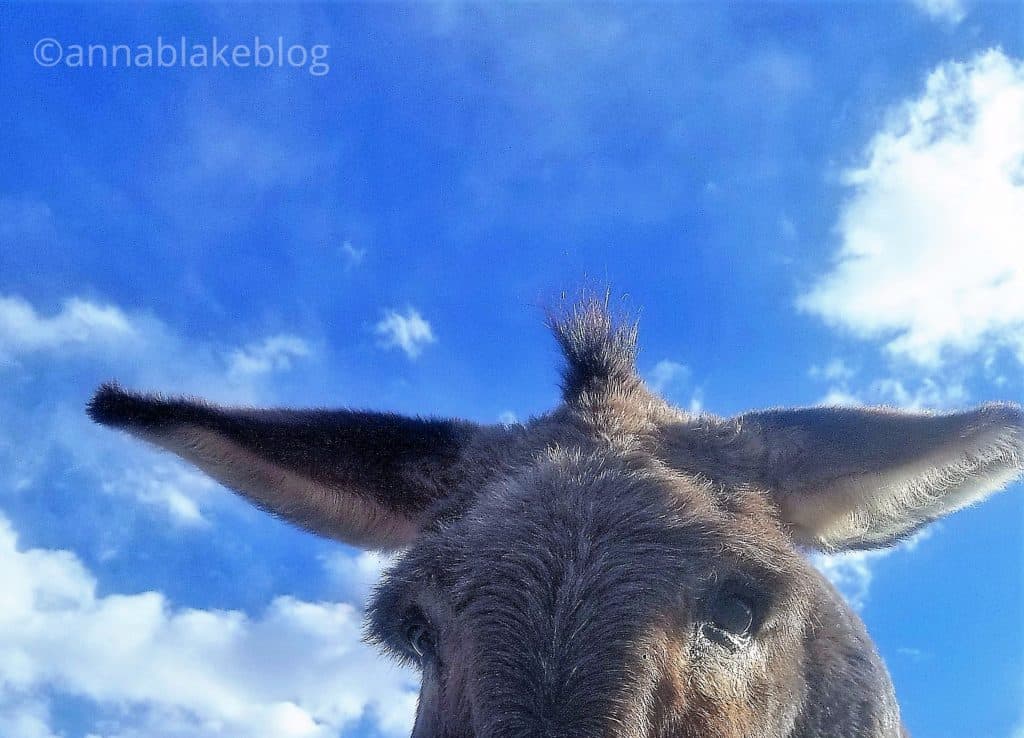 “Honey, when you’re in town will you pick something up for me?” I don’t quite wait for the answer. “Great, three bags of quikrete, please. The eighty-pounders.”

I was asked to write something for the men who read my blog. Grab your caps, boys, this might get bumpy. For the rest of you, dear readers, the rumors are true; men walk amongst us. But what would I write about them?

I am no expert on men. Most of my adult years I’ve been single. Don’t get me wrong; I love men. I might also have a slight allergy that flares up from time to time. Frankly, I think most women do, but mine makes me a bit cantankerous. It doesn’t help that friends have always used me on their husbands as a sort of aversion therapy. When I lived in Denver, if a friend wanted a puppy, she’d bring her husband over. We didn’t have a sit-com plot to trick him planned ahead of time. It was more of a natural response. I always had two or three big dogs, a handful of cats, and a few birds, crammed into a house with too much controversial art. I probably had a few opinions, too. The idea just appeared in the air. It was obvious to him that it could be worse, he could be married to me. She got a puppy and he might have even thought it was his idea.

Even easier after I moved to the farm, friends would arrive and we’d walk the pens. That’s what I do with guests. I don’t like people in my house. I usually had a couple of rescue horses I was rehabbing, wild-eyed or shut down. Then my family herd, including a donkey or two. A couple of boarded horses. The llamas have been here since the start and it’s only common sense to have goats. For a few years, a dozen ducks quacked about, a gift from a friend. On a farm, you don’t really count the dogs and cats. I’d stand on the front porch, waving goodbye and I could see the negotiation starting before they got to the end of the driveway. She got that second horse. Because it could be worse.

I became a cautionary tale in other people’s marriages, but that was just a part-time job. In my day job, I have been self-employed in male-dominated fields since I was twenty. I still am now. Being a minority is a tricky thing. I had to speak up for myself.

So that’s me. What about you men?

Here is the math: Over ninety percent (90%!) of horses in the U.S. are owned by women. Women hire me, women pay my bills. Men make up between three and four percent of my clients. When I started writing, I didn’t use the default pronoun he. I have felt left out by that default choice in literature my whole life. So, in my writing, when referring to a rider, my default pronoun is she. It seems fair in this crowd. The default pronoun for animals has historically been it. I don’t like that choice either, so my default pronoun for horses is he. I use these pronouns with forethought, to make my prose more understandable. Even though half the women reading this ride mares. Even though I think men are lurking. Please don’t take my pronouns personally.

I do see you men at my clinics. Usually a singleton. You stick out not because you’re a man so much as how enthusiastic you are. Your eyes are keen, you might even lean forward in your chair for the lecture parts. I see how intense your interest is. You always ask the best questions. You might walk with me, maybe a quiet question on the way to lunch. Sometimes you tell me you don’t like the way your male friends train or care for their horses, so you have no one to ride with. Or you say aren’t comfortable hanging with so many women because you’re married. It’s a socially awkward thing to be an extreme minority, as I well know. But you lead with your love for horses and you might as well be wearing a horse-crazy girl costume. You fit right in. That’s the best compliment I know.

Do men read this blog? I hope you’d feel welcome with us. We have a diverse following. Dog trainers and yoga teachers. City folks and writers. Horse people who say these methods work with their kids. A surprising number of people who don’t have horses at all. So, I’ll guess you men are out there reading the blog, too. Fred comments every year or two, and I’m delighted each time. Joe will chime in with an interesting perspective now and then and I thank him. There are others, very rarely. Of the thousands of readers here, most don’t comment, so you’re in the majority there.

I’m married now. Does the husband read the blog? Not if it’s too “horsey.” That’s a hard bar for me to reach. I don’t write about him often for fear he’ll develop a twitch and I wouldn’t call him Mr. Blake, either. He goes by his self-gifted job title: Dude Rancher. Not an animal person, not his dream to live here. The prairie wind has had her way with him, it’s been slow. He can finally tell the gray horses apart but still confuses the llama names. There’s a word for it. Erosion.

Every now and then, someone flirts with me at an airport or the trash dump. After all, I’m not dead yet. The Dude Rancher isn’t worried. He knows I keep my promises. Then he might have a chuckle thinking the poor guy doesn’t know what he’s asking for. Being married to me isn’t for sissies or blowhards.

In the beginning, the indoor dog and cat population here was a little overwhelming for him. His velvet couch developed shredded armrests. A lint roller became as essential as his toothbrush. He was always surreptitiously sniffing rooms that had kitty litter boxes. When he furrowed his prodigious eyebrows,  I would tell the story. That when the season turns cold, all the mice in the barn move in a wave toward the crawlspace below the house. Hordes of rodents, so thick that they look like wiggly shag carpet, coming up through the kitchen plumbing, crawling over the baskets of fruit and onions on the counter, and into the cabinet where we keep his Raisin Bran.

Threatening the crazy alternative is always a smart approach. It could be worse. We could not have cats.

Want more? Visit annablake.com to see our class schedule, book a live consultation or lesson, subscribe for email delivery of this blog, see the Clinic Schedule or ask a question about the art and science of working with horses. Join us in The Barn, our online training group with video sharing, audio blogs, live chats with Anna, and so much more.

49 thoughts on “It Could Be Worse. You Could Be Married to Me.”