Brain Science and the Art of Play 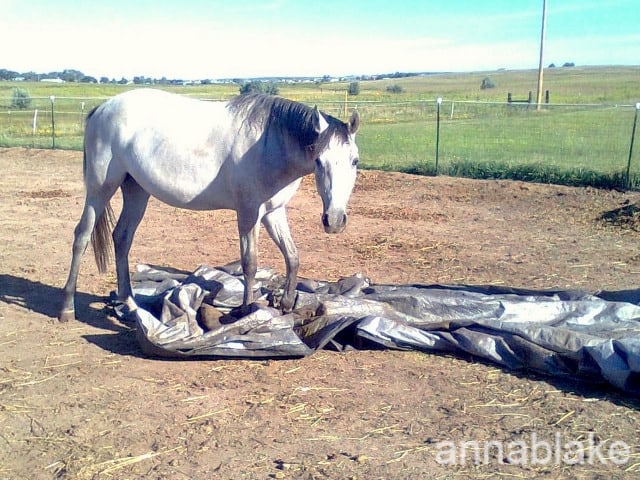 It’s cold on the flat windy treeless prairie of Colorado. The next few months will be even colder but right now, we have no tolerance so forty degrees brings out the Elmer Fudd hat. By spring, we’ll be talking trash about a North Pole expedition because the horses are wooly enough and we’ve been wearing our Carhart sasquatch suits long enough that we think they make us look thin. Our fingers stick out of our gloves, hot-pink claws, but we’re too cheap to buy new ones because it’s almost spring. We brag about our winter riding bravado because having horses is hard in fifty ways and most of them hurt one way or another. We ride in the cold to prove we aren’t dead yet.

Here is where I do my best Dr. Phil impression: “It’s not aboout yew.” (It just sounds better in an accent.) Several studies confirm that riding horses below twenty-five degrees isn’t great on their lungs. Lollygag around at the walk if you must, but we should all, men and women, have figured out that proving our testosterone by fighting weather is ridiculous. Save it for feeding in ground blizzards. We act like missing a few rides for good reasons is a character flaw. As if horses could forget how to be ridden, when half the time, we’re trying to get the same horses to forget being ridden (badly) in the past.

Infinity Farm is a humble place. I take pride in my little farm looking well kept. Unless it’s horse agility day when I want the place to look like I’m having a yard sale from the things I stole in a Dollar Store heist. The usual obstacles are there if you look closely and some from my own demented mind (involving llamas). My intention. between the rainbow whirlygigs and the empty wading pool that jiggles in the breeze, is to look like a kid’s birthday party run amok.

It ends up that I couldn’t explain the idea that agility was a game. It wasn’t everyone; lots of pairs came and giggled their way through. One yearling ended up wearing a tarp like an opera cape and seemed proud to be overdressed. They both left with more confidence. Another yearling got drilled so hard at the bridge that human participants asked me to stop them. He was frightened and failing, getting worse with every try. His handlers’ ego wouldn’t let the baby quit and sometimes if you are in a hole, the win is to stop digging. Sigh. Most of us have been on both sides of a “training opportunity.”

Sometimes I’d see a horse trying hard and I’d distract his human by talking to them, so the pressure would be lighter and the horse could do the obstacle on its own. Humans distract easier than horses who we think are distracted. (Read that twice, please.) Too often I saw horses getting lead ropes snapped and too often, humans thinking that a pedestal was a life-or-death question. Maybe if people took horse agility up in winter, we’d be too cold to interfere. Rule number: You can’t wear gloves because keeping your hands in your pockets is a start.

Obstacles are not there to be conquered; we become predatory with desire. Blood practically drips from our incisors when we see a teeter. Horses would rather walk around it and why not? It’s safer and proves they are smarter than we are. The goal of obstacles should be to create curiosity. Not caring if the horse completes the obstacle, but rather, letting him have the mental experience of working it out. Yes, it’s slow and humans struggle to stay focused, but “It’s not aboout yew.“

Our goal, every time, should be to help our horses gain confidence but do you know how to train that? Forcing the obstacle does the opposite, hurrying him creates stress and engages his flight response. Better if we engage the horse’s curiosity, which is the horse behavior that reflects his brain creating new dendrites and releasing dopamine, science words for making a choice that doesn’t involve fear. Isn’t that the skill we want horses to have? He knows how to do everything but we need to learn to not interrupt horses when they’re thinking.

Example: Abby brings Chico into the arena. There is a bucket in the middle, but Chico starts by nuzzling some shrubs, a calming signal. Of course, he sees the bucket, but he needs some time. When he’s ready, he goes to check it out, with Abby following. It’s her job to breathe and follow. He gets close, but then arcs away. Walking an arc is a calming signal and Abby follows, focused on staying out of his way, a few feet away. She’s doing a “leading from behind” exercise which she has finally figured out isn’t leading at all. Chico approaches the bucket again, and the second time is always better. Limes! Limes in the bucket! He tips it over with his nose. Yay, curiosity. By the way, he’s calmer under saddle these days, too. Not a coincidence. 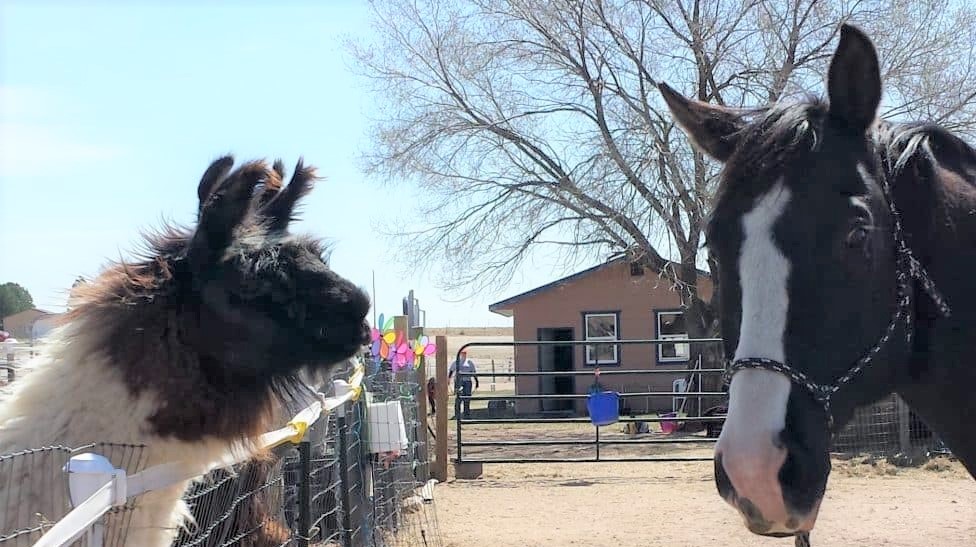 Our big challenge is to find some curiosity in ourselves. Instead of pushing him to achieve a hollow goal, we stand back and get curious about what the horse will volunteer. Because “It’s not aboout yew.“

We’re like adults at a kid’s birthday party, pulling the presents out of kid’s hands to open for them faster. We think it’s helping but we’re ruining the fun. Our instinct gets in the way, we start a fight without noticing until the horse’s resistance gets too big to ignore, and then, thinking we can’t let them win, we find a way to make them wrong. Stop digging.

The horse does the obstacle, not us.

Let’s try winter agility but only on the coldest days. You don’t need to go to the Dollar Store; you’ve got all those Amazon boxes. Let your horse break them down for you. Put some alfalfa inside, or some sugar-free treat and fold the flaps. Toss it in his pen and you stay outside keeping your hands warm. If he ignores the box, go in the house and eat some chocolate, which is better training advice than you’d think. Remember “It’s not aboout yew.“

When you think you can behave, stand a few feet off his hip and follow. Practice not interfering because if your horse notices your desire, it’ll slow things down. Practice being aware you have a goal without letting the stink of desire hurry the conversation. Be selflessly supportive, always ready with an exhale for a good effort. Learn to allow your horse to be curious. The time it takes for your horse to volunteer is in direct correlation to how many fights he’s had at obstacles previously. Out-waiting him, letting him soothe himself, and figure it out, changes a horse fundamentally.

Once curiosity is your primary language, you’re ready for complex obstacles: A horse trailer or wormer in a syringe.

17 thoughts on “Brain Science and the Art of Play”