Tunnel Vision for Problems and the Things We Don’t Notice 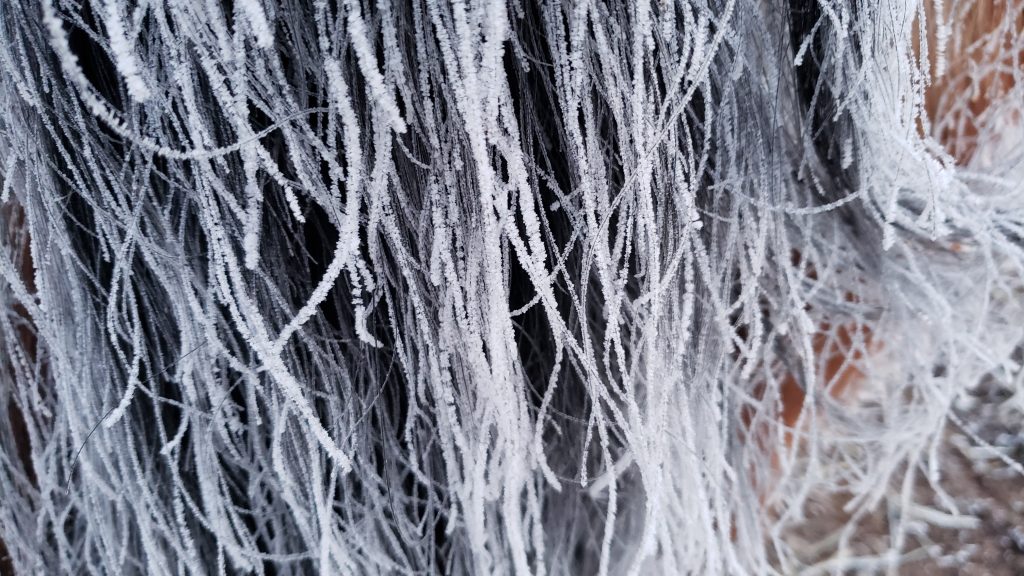 The night-feed is my favorite. In the summer, the sky and clouds are as gaudy as the underwear department at the dollar store. If they have an underwear department, which I’m a little proud that I don’t know. The light loiters over the pond, as my farm exhales the day and rolls it to rest with slow deliberation. Winter is different, the sun drops with a thump like a barn door slamming, and instantly, it’s something beyond black. No color, just star specks, a lonely moon, and dark from your toes to the heavens. I walk in the pasture with the ghost herd sometimes, away from house lights, feeling the earth through my boots. Not tonight. It’s well below freezing and there’s a coat of ice on each tiny agate of gravel and a hoar frost so thick that I worry, in this drought, it’s as close to snow as we’ll see.

It’s nine o’clock as I head out to feed, boots tight with socks, jacket so thick it brushes the door jams, two hats, and my headlamp on top. The dogs go with me to the backdoor and reconsider, retreating to the space heater under my desk. When Edgar Rice Burro sees me on the back porch, he lifts his muzzle and hurls a throaty exhale at me. He used to bray anytime he saw me but we’re old coots now. All I get is a series of breathy moans to hurry me up.

The battery in my headlamp has been failing. I’m not boring you, am I? It turns on but then goes dim at a snail’s pace, so by the time I’m behind the barn, it’s faded to worthless. Then the next night, the light barely flickers on but I’m belligerently frugal, so off I go thinking I can squeeze one more night-feed out of the battery. I surrender. I’ve got fresh batteries and it’s searchlight-bright. So intense that when I look at the horses they act a bit guilty. Not colicky, just ready to confess. I’m shuffling hay-bags out, I fall less when I shuffle. There’s a tight line of light, a crisp oval of vision on the ground just in front of my toes. That’s when it comes to me. An analogy!

Let’s say you have a problem with your horse. It’s easily identifiable. Your horse won’t go forward, your horse won’t pick up his feet, your horse is afraid of something stupid. Your horse does something he knows better than doing and you set about correcting the problem. Your first three ideas don’t work and he seems to be getting worse. Everyone’s anxiety is growing.

But most problems, not all, but most times, is that we’re hyper-focused on one small bit of unruly behavior, like a headlamp on glare ice. It’s a small spot just big enough to take a stand. It’s also a good time to make a choice about drama.

Instead, you mention your training problem on social media, carefully describing the fault in less than two or three sentences. The railbirds’ tail feathers all catch fire, each one with an infallible but contradictory training technique. Let’s define railbird: It’s a person who has good intentions and would like to help. Sometimes their word choice is not the best, but you’ll never fault us for a lack of passion for horses.

Sometimes a lone railbird asks if you’ve had your vet check your horse, a great idea, but others are so busy sharing their training successes that the idea of pain is boring. But the idea sticks in your mind, knowing it might take years to diagnose, much less solve, a health problem. Pretty please, anything but that. Still, the most common reason that horses change their behavior is in reaction to pain. Training techniques don’t heal pain but they can destroy trust.

Do you notice that professional trainers don’t respond with a comment? You can’t see us wince in silence either. It isn’t that we’re money-grubbing monsters. Most of us spend unpaid hours working with troubled horses who have been inadvertently punished for speaking up about pain. We also know that a real problem can’t be fixed in a comment box on social media. 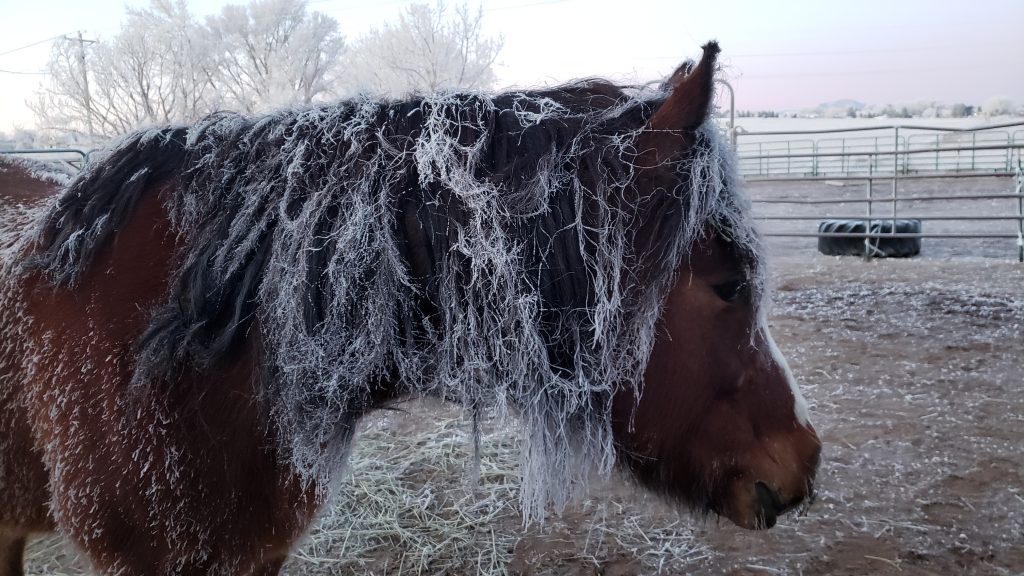 Take an unemotional step back. If one step doesn’t cool you off, take more. Start by noticing your own tunnel vision. So much of working with animals is CSI (crime scene investigator) work. Cue the theme music and let the search begin. Focus less on the troubling behavior and more on your horse’s individual situation. Remember those long-winded intake questionnaires you’ve filled out in waiting rooms. Is the horse new to you? Has the herd changed? Have you been feeding differently? Is it time to have his teeth checked? Could he be footsore or perhaps strained some muscles playing with the other frat boys in the gelding pen? Could your mare be struggling with an ovarian cyst, one of the most commonly underdiagnosed health conditions? Is your good horse getting older now, and as much as you don’t want to hear, is he letting you know? This is only the start but the questions are no fun to ask, are they?

If you have a stoic horse, you might think you’ve trained him back to behaving, when the truth is you’ve trained him to not tell you when it hurts. It might seem to work for a while. The best way to develop chronic lameness is to miss slight imbalances and work horses while they are sore. If your answer is, “Things are the same way they’ve always been,” sorry, not so much. All horses change over time and each stage has new challenges. Good ownership means constantly looking for ways to do better. The best guarantee against training issues isn’t by training at all. It’s supporting the horse’s domestic life. Does he have friends to socialize with and room to kick up his heels? Does he get fed in a way that mimics grazing?

Maybe it’s an honest misunderstanding. The rider says her horse won’t go forward and I ask if the horse shows signs of lameness. The rider says no but not going forward is a sign of lameness. It’s also a sign of poor saddle fit, unbalanced riding habits, and a few dozen other things. Cheer up. Your horse has to react to let you know the things you don’t want to hear.

Now pull your vision back even farther. Your horse, whose senses are so much better than yours that you think he has psychic powers, hears and smells and feels things at a more subtle level than our dull senses puck up. If we even used our senses, which we don’t. How long will we blame horses for the fact that we’ve lost touch with the physical world? Wouldn’t we be smarter to let them take us back to a time when we felt something wild in the wind?

This is your annual warning that Spring is just around the corner. Llamas are the early warning system on my farm. Both are ancient and don’t like each other much, but they are being uncharacteristically wacky, even for llamas. Soon our horses will do the same, a sure sign of spring, as well as a plethora of potential ailments. The air is crisp, coyotes are mating, and down under the frost, grasses worming their way to the surface. Things will come apart for a couple of weeks.

Be patient; we’re all a year older. It isn’t a problem. It’s a celebration.