Do You Need to Keep Your Horse Calm? 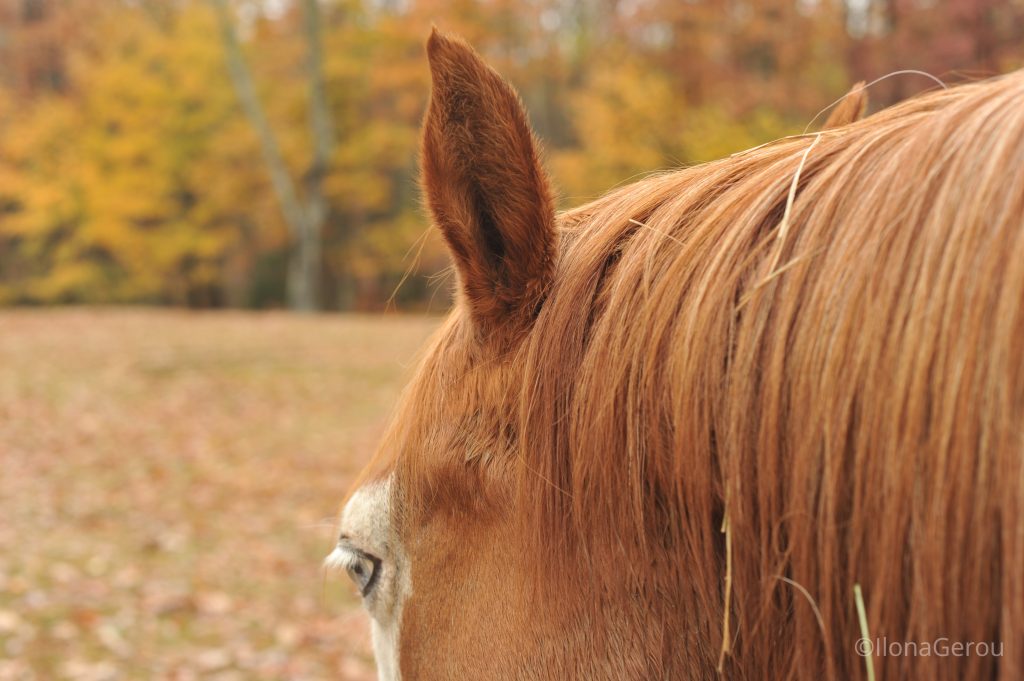 I can’t be the only woman of a certain age whose parents thought she needed to be muffled indefinitely. They wanted a quiet polite daughter and look how that turned out. And I’m probably the wrong person to write this since I have a rescue dog that hasn’t stopped barking since 2014. Here goes anyway.

I was talking to an equine pro who told me about arriving at a new client’s barn to find a stressed-out human and a tense horse. He said the thing I know: if you’re good at reading horses, humans are transparent. He went slow and held his tongue, and the horse did well. By the second or third visit, the human settled as well. Things are great now, but I don’t blame his client. We get judged by our horse’s behavior, which is crazy when you think about it. After all, if an equine pro shows up at your barn, they are the thing that’s changed. Everyone was fine before. Maybe they should try to be less spooky?

I digress. What I mean is some of us have the idea that a horse should stand stock-still, spellbound by proximity to us forever. Never looking left or right, just throat-breathing until we ask them for work. In other words, they should be focused better than we are. Or we might constantly pull the lead rope back, correcting horses for having longer legs and a bigger stride than we do. We’d rather the horse lose balance than us have to take giant steps to keep up, even as we complain that these horses are just not forward under saddle. Or we think horses should surrender a hoof to us any time or place, regardless of age, soundness, or general distrust, yet we are spooked when they prick up their ears.

Why do we hold animals to higher standards than we do ourselves?

Wait, I know the answer to that question. They have to behave better than us because their welfare depends on it. If something happens to us, who will want a horse with bad manners? What happens to a kid-safe horse who injures a kid? And just because you don’t care about riding, that doesn’t mean that the world is full of homes for sound adult horses who were never trained.

Does that mean our rescue horses need rescue from us? It isn’t enough to feed and care for them. They need to be solid citizens so they can be guaranteed safety. How many horses fall into neglect in the first place because they misbehaved and got in trouble? We need to do the impossible: Knowing there is no such thing as a bombproof horse, we set about making one. But sometimes, we put the cart before the horse; we create a bigger problem trying to solve something that is normal.

“Horses mirror us!” If only it was as simple as chirping that trite slogan and putting a smile on our faces, but it isn’t true. That little mirror ditty denies horses intelligence or emotion, not to mention robbing them of their history. Mirrors are two-dimensional. No kidding. Horses are more complicated than a mirror.

About now, Preacher Man, who is still barking, reminds me criticism isn’t a balm for what ails us. I know this from the last decade of him barking. I’m sure he was told to shut up more than a few times. Punishment and threats won’t bring out the best in any of us, even if it’s our natural response. As deep an instinct as punishment is in us, fear is equally undeniable in animals. Does it seem the more we try to correct a behavior, the worse the behavior gets; the more we try to calm horses, the more frantic they become?

Your horse can’t ignore you; you are too loud. Is he truly being disobedient? He might be telling you he’s in pain. At least, it would help if we could stop being critical of other animals’ natures and instincts. There’s a German term, funktionslust, that speaks of animals being true to their nature. Let your horse move more naturally, let him express his emotions. You aren’t “training” him to be crazy or dangerous. That comes from dysfunction and drilling dread. It comes from correcting a horse all the time because you might need something once in a while. You know horses have emotions and expressing them is the quickest way to release them. Can we train ourselves to stop our instinct to punish long enough to see they do a better job at calming themselves than we can do?

To try to make a horse be calm is like telling a dog to stop barking or a baby to quit crying. It’s intuitive but it doesn’t work because it doesn’t address the problem. They are fearful, not defiant. Correcting that is telling them they are right to be afraid. It’s telling a baby we’ll give him something to cry about. Threats don’t get the desired result, and that’s why Preacher Man is still barking. It’s his memory barking.

Does that mean there are no boundaries, no lines of restriction for unwanted behavior? That’s silly. Horses need to be good citizens. They need to know what we want through thoughtful conversation. They are intelligent and capable of understanding. Horses are not naturally aggressive. They want to get along but they can’t learn if they are afraid. Rather than correcting him, tell him he’s a good boy. Build his confidence rather than tearing it down. Be on his side. Plant the seeds. Remind him he’s good, smart, and perfect right now. Remind yourself the same.

Does it work every time? Not at the beginning but habits take time. Blind obedience shouldn’t be the goal; it isn’t reasonable. If you want a partnership, it means two voices and one can’t be yelling all the time. We must relieve anxiety, not create it. Be constant in your support and quell your emotions. Know you are growing his tendency to trust by being trustworthy.

Does your horse need to be calm? Yes and no. Nobody thinks living in a corset is normal. Don’t waste his attention, reward it by staying focused and release him when he’s done well. Let him run and buck. He won’t get stuck there. Let his energy soothe him; moving is a calming signal; his natural way to both express anxiety and release it. Let being quiet be easy, not something to fight about. Let your release be the reward, your silence be peace. Rest there and trust him to join you.

As I finish this essay in the pre-dawn hours, Preacher is mumble-barking in his sleep. Ten years and I swear, if he is breathing he is barking. Have I “fixed” him? No, but now he trots to me mid-bark for a scratch and a good boy. Preach is still barking but the tenor has changed. (Aren’t I a laugh riot, a pun pundit? You learn it between barks.)

Emotions are natural. Holding them in or being punished for having them is the problem. When we make normal things bad we’re being unreasonable. We’re asking for dishonesty.

We can’t deny an animal’s nature, but we can make friends with unwanted behaviors, and then together, we can steer in a better direction. Show a horse grace and understanding. Let it start small in easy situations until it’s possible to be consistent in challenging ones. Breathe. Let your patience become the air in his lungs. Don’t give a cue, be the cue.

Calm is a by-product of good behavior in humans. We aren’t training behavior, we’re demonstrating integrity and reliability. When animals feel safe, they are calm.

32 thoughts on “Do You Need to Keep Your Horse Calm?”