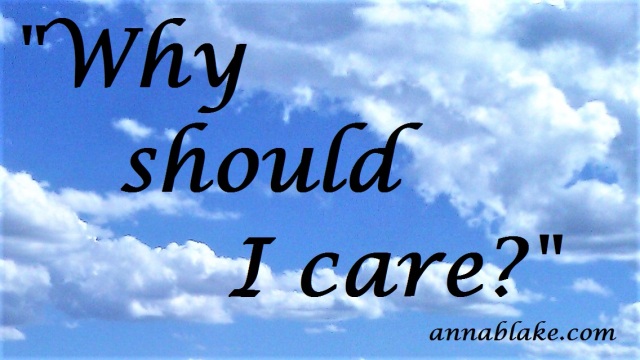 I was fifty-nine years old and someone had scribbled “Why should I care?” in thick red ink on my hard-fought 300-page manuscript. Not just once but every few pages. Wait, it gets better. I sold a saddle to pay for this!
It started on Christmas Eve, my second least-favorite day of the year. I packed up the dogs, my laptop, and some snacks, and headed to a rented cabin in the mountains. Just finished with a thirty-day sprint of writing 1500 words a day, I was ready to begin writing my memoir.
For the following twelve months, I got up at 3:30 every morning and poured words into my Scrivener writing software; building, rearranging, editing, and editing some more. Every evening, I poured over the internet for information about professional editing, submitting manuscripts to publishers, self-publishing, and any other detail I could think of. I joined a few writer’s groups, attended a writer’s conference, and performed my elevator pitch to the horses while I mucked. I had a sentimental reason for starting this but at some point, the project overtook me.
So you could say this fury of red ink was my own fault. I hired three professional editors for Stable Relation, and the first was a developmental editor. His job was to go over the story for weakness including characters, plot lines, and writing style. In short, the whole book. He wanted it in hard copy, so I sent off the manuscript the old-fashioned way.
Three weeks later, the manuscript returned looking black and white and red all over. The editor didn’t like the first chapter. He didn’t like the title. Some of the chapters were flat or obscure. “Why should I care?” he wrote in my blood. Parts were long-winded and others poorly explained. He particularly didn’t like a chapter about ducks.  “Why should I care?” he wrote in duck blood. My writing was good, he said, but the storyline didn’t flow. My word tense was out of control. Some chapters were repetitive. He suggested I write a different book from a chapter he did like. He suggested I put my manuscript in a drawer for a year and gave me a list of memoirs to read.
Ouch! I’d wanted the truth; I didn’t hire him to coddle me. But I also wasn’t putting it in a drawer.
Breathe. First, I had been a self-employed artist for decades and used to people judging my work. Second, I’d shown horses. Surviving embarrassment and humiliation is part of the ride. You get back up.
The trick is to not take it personally. That manuscript was a stack of paper, even as intimate as it was. It was not me. Not that I’m some insipid PollyAnna; his red ink cut deep. But if I hadn’t found a way to keep my heart safe, I would have never survived childhood. I’d invested a year of writing and I wasn’t about to get bucked off now. Besides, I sold a saddle to pay for this and I’m a frugal person. I had to get my money’s worth out of his red ink.
I set my jaw and went to work; I cut chapters out, re-wrote other chapters, and changed the order of chapters. Each time I saw red ink, I took it to heart and wrote better reasons to care. Even about ducks.
[Reminder: This is a series about writing; a map of the paths and stopovers that I made in my book process. It isn’t that I’m an expert; there are as many ways to approach to writing as there are authors.]
This week: You still write. High and wide, you write. When you aren’t writing, you’re thinking of how you’ll write. And then you write. Syllable by syllable, the words are starting to see it your way.
And you have discovered that the word “edit” has as many meanings as there are stray commas. During a first edit, I run my work through several word processors. I like WordPress, but I also use my Word program, and then sometimes I run it through Scriveners or Google Docs, too. Besides that, I use the free Grammarly app. None of them catch everything. You don’t have to hire a pro, but eventually, someone has to edit your work and there will be corrections. Try to find a way to embrace it.
For the Writing Herd: It remains your choice where the line between safety and challenge rests for you in this group. If it’s your choice to journal privately, push on. If you’re sharing your writing with the group, please continue. If you would like constructive criticism on shared work, please note that when you share the link on our page. (To be clear, if you want criticism, post “criticism welcome.” Otherwise, comment as before.) In riding lessons, I ask that each rider/judge say three good things and one thing to consider working on. It might be a good start here, too.
Your assignment is to read critically. Not being mean, but to have discernment about how words are used, as well as what they say. Whether you publicly comment or not, think like an editor this week. See their side and then share that experience.
If you’d like a writing topic this week, write something about criticism or taking things personally. Or write yourself the most caustic review imaginable and get it out-of-the-way. Or ponder the idea of criticism and friendship. Or relate a time you welcomed criticism.

…
My worst competitive dressage ride was on a brilliant young horse. But at least there was a big crowd watching. My horse and I entered the arena with my friend who would read our test (call out the movements to be ridden.) She and I shared our goals before each show, read for each other’s tests, and afterward, we made a point to say something complimentary on the way out of the arena. It was a tradition.
My horse and I started the test and things came apart quickly. Straight lines became serpentines. He spooked at a letter and whiplashed sideways five meters. There were spontaneous gait changes, along with an unplanned gallop. Eventually, we landed a crooked halt near “X” and saluted the judge, who had to be relieved we finished.
My horse and I turned to leave the arena, and as disappointed as I was, my curiosity teased a smile. What could my friend possibly compliment about this ride? I almost felt sorry for her. What comment could she make that would even have a shred of truth and still be positive? Her mind must be racing! We caught up with her at the out-gate, but she kept her head low. Then she looked up at me with a sly grin. “Nice job of staying on,” she said.
Riding and writing have much in common.
….
Anna Blake at Infinity Farm
Horse Advocate, Author, Speaker, Equine Pro
Blog  FB  Email  Author  FB  Tweet  Amazon

This website uses cookies to improve your experience while you navigate through the website. Out of these, the cookies that are categorized as necessary are stored on your browser as they are essential for the working of basic functionalities of the website. We also use third-party cookies that help us analyze and understand how you use this website. These cookies will be stored in your browser only with your consent. You also have the option to opt-out of these cookies. But opting out of some of these cookies may affect your browsing experience.
Necessary Always Enabled

Any cookies that may not be particularly necessary for the website to function and is used specifically to collect user personal data via analytics, ads, other embedded contents are termed as non-necessary cookies. It is mandatory to procure user consent prior to running these cookies on your website.