The Season of Letting Go 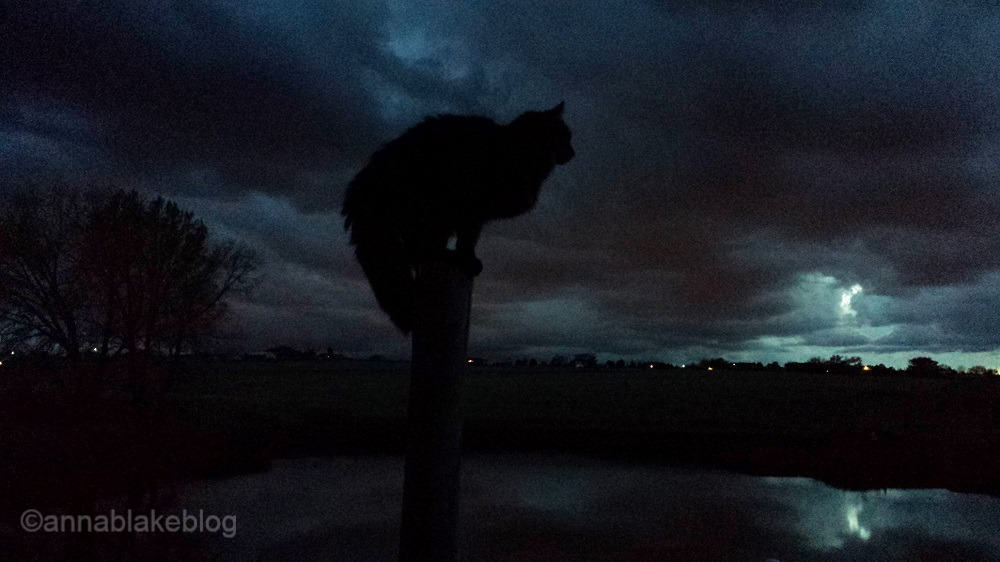 The autumnal equinox is about change. There’s a miserable fog today, dense and so uncommon on my high prairie. Chilly enough for a sweatshirt, the dog bellies are all muddy, and the geldings are fracking about. If there is a New Year, this is the time to note the old year. Fall is a season of remembering those gone ahead and taking a reckoning of those here. The leaves are letting go. I stand very still, looking at my elders, thinking about the cold months ahead. Then I put on my wolf skin and ponder the meaning of being the only predator my animals have.

I am a bit of an expert on death so this conversation comes up often with strangers and friends all year through. But to be clear, for those I’ve talked to in the last week, this isn’t about you, it’s about me. Death has been a big part of my life. I used to become less with each passing, and it soon took too much of a toll. It isn’t that I welcome death now, it’s just that at a certain point in frequency, I gave up denial and tried making peace with it. So, I welcome sad conversations because we all need to talk. Because scary things shrink when we drag them out into broad daylight and pick away at them. Death is common. Living is the art.

Why are we so unwilling to see their pain? Every week someone tells me they have a thirty-something horse who acts young and happy, however people define that, and proudly brag that they still ride. Every week there are horses half that age struggling with some undiagnosable malady and in more decline every day. Is it possible for an animal to separate physical pain from anxiety?

What does it mean to a horse, a flight animal, to lose the ability to escape? To not lay down for fear of not being able to get up. To constantly pretend to be strong so others won’t see their weakness. Their senses may fade but survival instinct doesn’t dim. How stressful is physical limitation to a prey animal? Sometimes it’s a slow game of attrition. Each year there’s a health crisis, and the animal recovers about 85% of his old self. We saved him but not like he was before. And each year the elder loses ground but there isn’t a visible line to cross, just increasing frailness while we cling to the nebulous, waiting for an even bigger sign. How much suffering is enough?

Do we misread that special kind of sweetness in elders? For all the passing away I’ve witnessed, I wonder if sometimes they are just exhausted to death.

Why do we see death as a failure? Why are we shocked when elderly ones give up the fight? Do we blame ourselves because we can’t stop time? Do we blame them because they got old? That’s the last thing I’d want them to feel.

How do we separate our emotions from our animal’s experiences? We think they’re aware of what’s happening but maybe they just read our anxiety. Animals have an involuntary survival instinct, but lack an intellectual awareness of the existential question. Humans are the ones stuck with that.

I met a man who said he spent $160,000. on brain surgery on his young Great Dane. He lost his dog, but took comfort that he’d done what he could. We don’t want to talk money at times like this but we need to be pragmatic. I can’t risk the whole farm for one of us, so I have a kind of DNR for each life and then, I trust it. Animals aren’t capable of understanding money or guilt. Let that be okay.

We all know the other side. So much damage has been done; mournful neglect, hollow ribs, animals whose eyes are blank. Cruelty is cruel but I wonder if sometimes we hang on too long, compensating for all those who neglect. Maybe we think we can make up for their cruelty by keeping our animals alive forever. Most animal lovers that I talk to are afraid of being seen as “killing” for their personal convenience as if it’s ever about us. So, we keep the animal alive, unconsciously overcompensating for others, because anything is better than admitting what no one wants to know.

We can see their pain if we let ourselves. But if we can acknowledge their pain, then we must weigh it against our own.

Finally comes the day when the worst thing possible starts to look like a relief. The end of life is complicated. I’ve seen too much to believe that a natural passing is peaceful and pain-free. The struggle, organs don’t always shut down in the right order, they don’t just fall asleep. It happened with my father, and I’ve seen plenty of animals struggle when “letting nature take its course.” When I declined to help my father kill himself, he spat out, “If I was a dog, you could shoot me.” I just nodded. It isn’t fair but it’s a gift we have for animals. It’s legal to stop their suffering.

I’m watching two elders in my barn just now, and one ancient ginger cat. She was a shy barn kitten when she came, hiding in closets for the first two years. Her meow sounds like a bird chirping. Now she’s shed on all the furniture and outlived her contemporaries. I won’t say her age because it isn’t a contest. If one cat lives twenty years, we think they all should, and most fail. Lulu stopped coming out of the bedroom long ago. She gave up grooming herself or letting me try. Her last trip to the vet nearly did her in and I promised her no more. Her best days are behind her and she is uncomfortable.

Forgive yourself. The end-of-life decision is never easy. Knowing that we will mourn them forever, is there a way to make this easier for them? I’ve had visitors, near strangers, overreact to plans to euthanize and play out a death drama that scared a couple of old horses who were trying to graze. It seemed like a weird kind of domination. I felt embarrassed I’d let them be disturbed.

Here’s my plan. The in-home vet will come. We’ll let it be like any other shot. There is no reason an animal who’s had vet care before would worry about an ordinary shot. It isn’t that I won’t mourn her; I’ll just wait until she’s dead. Anticipatory mourning makes animals nervous; besides it isn’t like I stop loving her. That would be cause for real concern.

Just breathe. Let your breath be enough; breath was their first memory, let it be the last.

Sometimes, looking around, it seems they are all on the way to dying. It’s a one-way ticket; the best care I can muster until the end, with the promise that it’s better to go a week too soon than a day too late. It might make my farm a hospice with benefits. For the sake of your animals, I hope yours is, too.

(Soon, Lulu, and I’ll let you go, and dream you find that dog bed you used to like so much.) 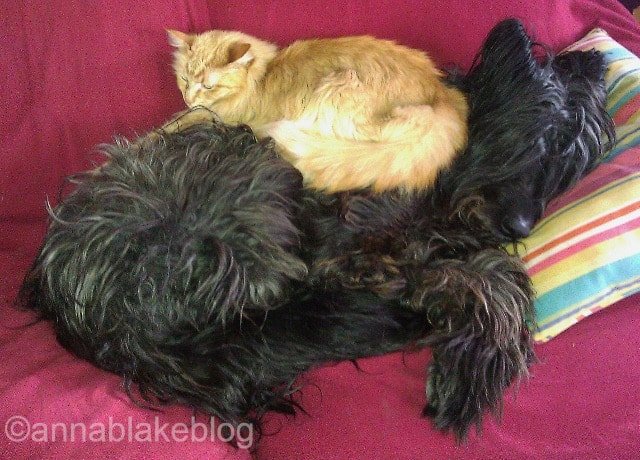 40 thoughts on “The Season of Letting Go”